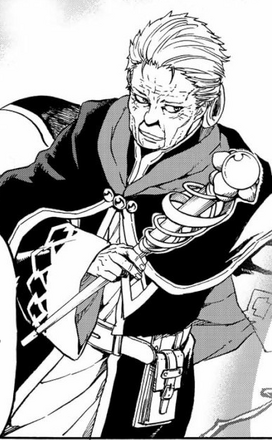 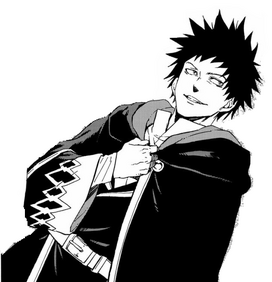 Razen is a prideful individual who believes he's one of the best sorcerers there is. But he's also wise and knowledgeable enough that he knows that there are many opponents that even he could not beat.

Razen is a brilliant sorcerer who has served many years as court mage in Farmus, part of why he has lived so long is his Possession Spell. He was once a student under the great sorcerer Gadra.

Razen attacked the Jura Tempest Federation together with his nation but realized too late how powerful his enemies were. He possessed Shogo Taguchi's body and after surviving Rimuru's Megiddo attack thanks to his new Unique Skill Survivor, he tried to escape with King Farmus but was instead captured alive by Diablo.

Razen has fallen under the effect of Diablo's Unique Skill Tempter, which makes him unable to disobey Diablo's orders. He gets tasked with assisting Diablo and Youmu with the scheme of taking over the Farmus Kingdom and effectively turning it into a puppet nation of Tempest.

King Edomalis: Razen is loyal to his king and willing to risk his life to save him.

Folgen: He summoned Folgen a long time ago but didn't put a curse spell on him. Instead, they quickly become good friends with one another.

Shogo Taguchi: Shogo is his weapon as a summoned one.

Retrieved from "https://tensura.fandom.com/wiki/Razen?oldid=40733"
Community content is available under CC-BY-SA unless otherwise noted.