Sorry for the disruption that was cause on 06:00, September 9, 2021 (UTC). Click this link to be redirect to the proper main page.

That Time I Got Reincarnated as a Slime (転生したらスライムだった件, Tensei Shitara Slime Datta Ken) is a light novel series written by Fuse and illustrated by Mitz Vah. It was serialized online between 2013 and 2016 on Shōsetsuka ni Narō. The series was acquired by Micro Magazine, who published the first volume in May 2014 under their GC Novels imprint. Yen Press licensed the novels for North American release and published the first volume in December 2017. 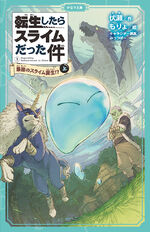 The Strongest Slime is Born Volume Up 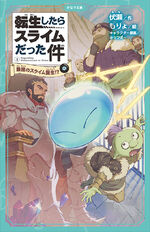 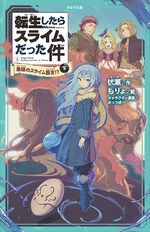 The Strongest Slime is Born Volume Down